What makes a message persuasive?

A Concept for Persuasiveness?

In the following, I conceptualize persuasive writing and embed it into a business context. Furthermore, I introduce related theories and present a categorization of a literature review that I conducted in Q4/2020. Contemporary psychology and communication science (Rocklage et al. 2018, Park et al. 2015, Hunter et al. 2019) require the persuader to be acting intentionally, that is, a persuasive act. In the context of NLG, we usually refer to messages generated or augmented by artificial intelligence, if we use the term persuasive act.

When a Philosophic Ontology and a Business Approach Meet

In his seminal work ‘On Rhetoric’, Aristotle introduced his well-known ontology for persuasive acts. Accordingly, persuasion depends on multiple facets: emotions (pathos), logical structure of the argument (logos), the context (cairos), and on the speaker (ethos) (Schiappa & Nordin 2013). Likewise, contemporary business literature conceptualizes persuasive acts through “principles of persuasion” (DeMers 2016). The author concludes that six interventions help at achieving persuasiveness. The first is being confident and remaining confident during the entirety of an appeal. Next, the introduction of logical argumentation fosters persuasiveness, since individuals are more inclined to be persuaded by logic. Additionally, appealing seem beneficial to the other party, by demonstrating the value of an appeal, choosing words carefully (i.e., selecting from a vocabulary that may be more persuasive), and using flattery (i.e., finding appropriate compliments) are recommended. Lastly, DeMers (2016) reveals that being patient and persistent (i.e., not to greatly alter one’s approach) strengthens a persuader’s persuasiveness. Next, we embed the presented “principles of persuasion” into related theories on persuasion (Cameron 2009).

Adding Theoretical Sugar to the Conceptualization

Festinger’s Theory of Cognitive Dissonance (1957) focuses on the relationships among cognitive elements, which include beliefs, opinions, attitudes, or knowledge (O’Keefe 1990). This relates mostly to Aristotle’s cairos as the need to create benevolence for the persuadee. Evaluating the ‘business principles’, this theory resonates best with what DeMers (2016) defines as ‘making [the cognition] appealing to the other party’. However cognitions, and thus, a persuadee’s perceived benevolence, can be dissonant, consonant, or irrelevant to each other. If a persuadee is presented with a sufficiently vast cognitive inconsistency, then they will perceive psychological discomfort, leading to an attempt to restore their cognitive balance through a reduction or elimination of the inconsistency (Stiff 1994, Harmon-Jones 2002). The magnitude of dissonance determines one’s motivation to reduce it (Stiff 1994, Festinger 1957). Approaches towards reducing dissonance are: changing terms to make them more consonant, adding additional consonant percipience, or altering the magnitude of the percipience (Harmon-Jones 2002, Stiff 1994, O’Keefe 1990).

In ‘principles of persuasion’, DeMers (2016) contends that appropriate flattering and the usage of so-called high-value words contribute to persuasive acts in business contexts (cf. Aristotle’s ethos). Accordingly, Language Expectancy Theory (LET) identifies written or spoken language as a rule-based system through which persuadees develop expectations and preferences towards “appropriate” linguistic usage of words in varying situations (Burgoon & Miller 1985). Such expectations are frequently consistent with sociological and cultural norms, while preferences tend to relate to societal standards and cultural values (Burgoon & Miller 1985, Burgoon et al. 2002). Positive expectations that facilitate a persuasive act are, for instance, if a persuader stylizes a behavior that is perceived as more preferred than expected by the persuadee. In contrast, negative ones are inhibiting persuasion, e.g., when the persuader makes use of language that is considered to be socially unacceptable (Burgoon & Miller 1985, Burgoon et al. 2002).

Next, the principles of persuasion confer that an argument based on logic is persuasive (DeMers 2016). What Aristotle terms logos is consistent with the theory of probabilistic models. Probabilistic models (McGuire 1981, Wyer 1970) are based on the rules of formal logic and probability and predict beliefs regarding the conclusion of reasoning. These predictions are based on mathematical probability, and as such, this theory is consistent with what Aristotle defines as logos. An exemplary belief syllogism (McGuire 1981) is composed of two premises that lead to a logical conclusion. The theorists (McGuire 1981, Wyer 1970) explain that believing in the premises leads to the expectation that the identified conclusion will follow. However, rather than solely thinking in all-or-nothing scenarios, beliefs can be ascertained through subjective probabilities: one’s judgment of the probability that each of the premises is true (McGuire 1981, Wyer 1970). Furthermore, if a message evokes a perceptual change in the truth of the premise, or additional premises are supplemented, following this theory, a change in perceiving the conclusion is expected. 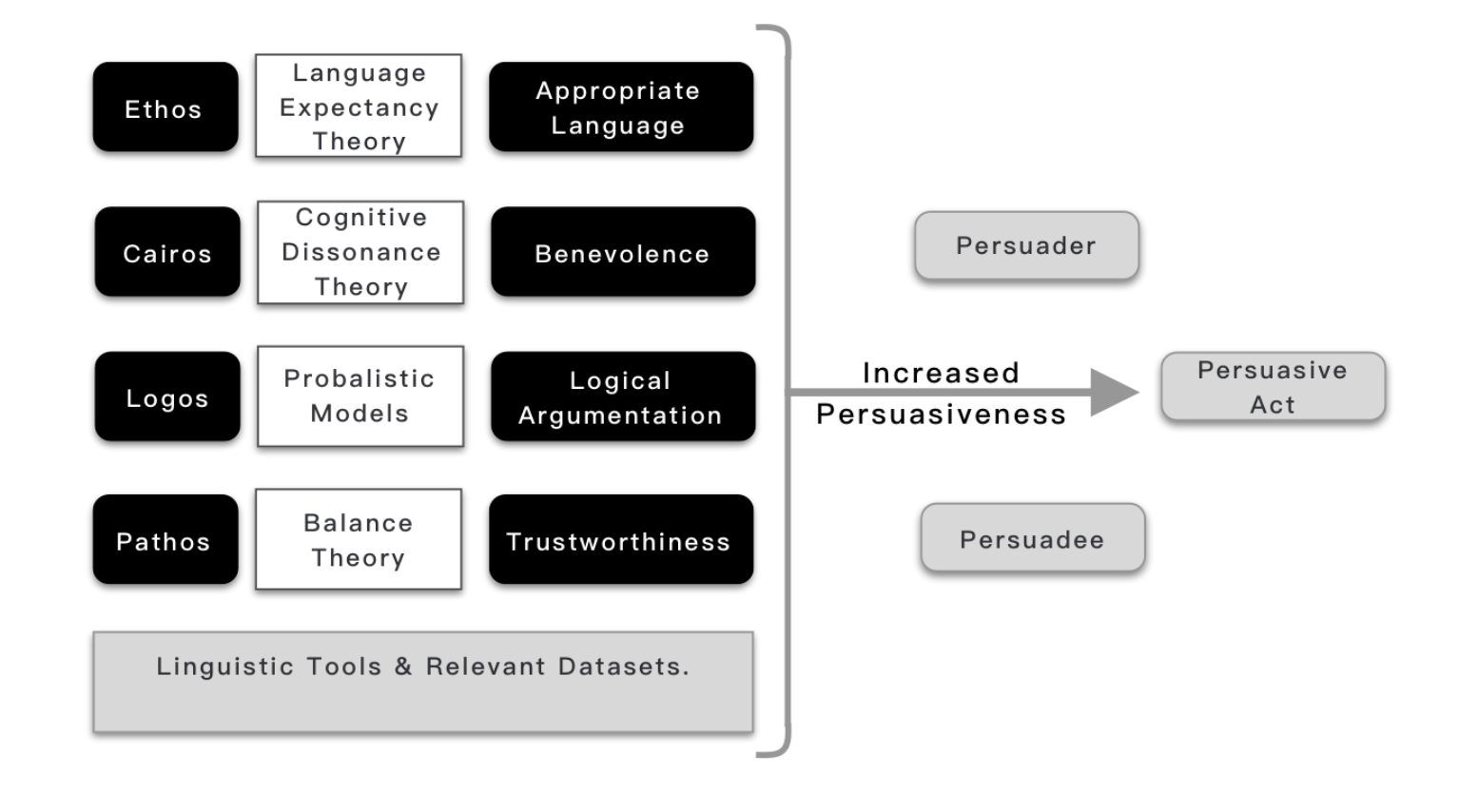 Figure 2 summarizes our conceptualization starting from the business problem of being more persuasive, we adopt the ‘principles of persuasion’ (i.e., benevolence, linguistic appropriacy, logical argumentation, and trustworthiness), and embed them into different scholarly theories (i.e., balance theory, probabilistic models, theory of cognitive dissonance, and language expectation theory). However, since we regard persuasion also from a technical perspective, (i.e., natural language generation), we also identify relevant data processing tools & datasets for persuasive natural language generation. In the following, we introduce our literature search process. Afterward, we use these principles from managerial literature to categorize our identified aspects from our conducted literature review.

The exciting question: But how do you measure it?

Above’s text is an excerpt from my article Persuasive Natural Language Generation - A Literature Review, in which we define more than 60 different determinants that relate to persuasiveness. But how do you define persuasiveness? Taking all determinants into consideration is theoretically possible but practically not feasible.

We made textual persuasion measurable, and even provide the code for it. Stay tuned for the next blog article that explains how we get from persuasion theory to its implementation.

Thanks to my team at Persuaide where we working on technical persuasion.

I am Sebastian and an NLP Deep Learning Research Scientist. In my former life, I was a manager at Austria’s biggest bank. In the future, I want to work remotely whenever I want to & in the field of NLP.

Drop me a message on LinkedIn if you want to get in touch or have any questions.